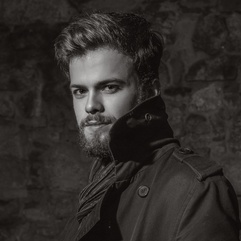 Hi, I am the solo clarinettist of the Ensemble Intercontemporain in Paris since 2016. I would like to share my knowledge and experience with you

Despite his young age, Slovakian clarinetist Martin Adámek has already developed a rich career as a soloist, chamber musician, and orchestral musician. Appointed solo clarinet at the Ensemble Intercontemporain at the age of 19, he is already recognized as one of the most promising clarinetists of his generation.

Winner of the first prize at both the Leoš Janáček International Competition (Czech Republic, 2014) and the Clarinetto Concorso Carlino (Italy, 2013), Mr. Adámek has distinguished himself as a champion of contemporary classical music. He has given numerous world premiers, most notably Beat Furrer’s Clarinet Concerto under the baton of Matthias Pintscher at the 2019 Donaueschinger Musiktage Festival. Also in 2019, Martin gave two Slovak premiers: Magnus Lindberg’s Clarinet Concerto with the Slovak Radio Symphony Orchestra (2019) and Erkki-Sven Tüür’s Clarinet Concerto “Peregrinus ecstaticus” with the Slovak Philharmonic Orchestra (2019), both under the baton of Zsolt Nagy.

As an orchestral musician, Martin has performed under conductors such as Christoph Eschenbach, Jonathan Nott, Peter Eötvös, and Thierry Fischer. While principal clarinetist of the Gustav Mahler Jugendorchester, he performed at the Royal Concertgebouw in Amsterdam, the Royal Albert Hall in London, the Musikverein in Vienna, and the Konzerthaus in Berlin.

Mr. Adámek is a co-founding member of the Alma Mahler Kammerorchester, which specialises in symphonic reductions of 19th and 20th centuries’ works, including original repertoire for chamber orchestra and chamber music of various styles and periods. In 2016, he founded the trio Sen Tegmento with Zuzana Biščáková (piano) and Nao Higano (soprano), which specialises in contemporary music, commissioning new works by composers from Slovakia and abroad.

A guest artist at numerous international festivals, Martin has performed at the Salzburger Festspiele, Lucerne Festival, Festival Messiaen, Young Euro Classics, and Viva Musica. With the Ensemble Intercontemporain, Martin has appeared at Berliner Festspiele, Biennale Boulez, Music Biennale Zagreb, and Musica Nova Helsinki. Invited as a jury member to the 2019 Leoš Janáček International Competition, he is the 2019 recipient of the Ľudovít Rajter Prize, given to Slovak artists of exceptional promise.

Mr. Adámek received his education from the Conservatory of Bratislava (Slovakia) and the Janáček Academy of Performing Arts in Brno (Czech Republic), studying under Peter Drlička, Milan Polák, and Vít Spilka. At several masterclasses, he has had the opportunity to study with Charles Neidich, Yehuda Gilad, Harri Mäki, Philippe Berrod and others.

I enjoyed my lesson with Martin a lot. He helped me with my sound, technique and style and offered a lot of original and interesting insights. I would strongly recommend him to any clarinet student. I was a bit sceptical at first because of his age, but I was proven wrong immediately. He is a very mature and intelligent clarinettist, and an incredible musician. Can't wait to have a next lesson.