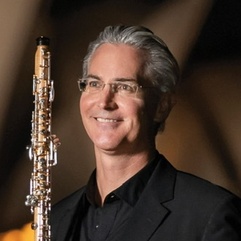 I'm the solo English Horn player in the worlds oldest orchestra - The Royal Danish Orchestra. I've had tenure positions in 4 other orchestras.

I have been teaching oboe for the past 25 years in universities, schools and privately all over the world. I’m also on the faculty of the Orchestra of the Americas.
My teaching methods are tailored to my students, but generally simple, clear and systematic. Any lesson will also include further practice material for ongoing improvement. I also believe that ever lesson should be enjoyable : )

Here’s the long version of my career...
Rixon Thomas is today one of Australia´s leading musicians. He is a graduate of the Sydney Conservatorium of Music studying oboe with Linda Walsh and Diana Doherty. He completed his final year Bachelor of Music (Honours) Degree whilst holding the full time positions of Guest Principal Cor Anglais and then 2nd Oboe in the Sydney Symphony Orchestra.

Rixon attended the Sydney Conservatorium of Music High school . He has also studied in Berlin, Paris, Munich, London and Copenhagen with such oboists as Gordon Hunt, Douglas Boyd, Francois Leleux, Heinz Holliger and Albrecht Meyer (Berlin Philharmonic). In 1998 Rixon was awarded a permanent tenure position as 2nd oboe in the Sydney Symphony Orchestra.

As a finalist in the Australian Young Performers Competition, Rixon has performed the Zimmermann Concerto with the Tasmanian Symphony, and in 2001 the Strauss Oboe Concerto with Adelaide Symphony Orchestra.

Rixon is a guest artist in many orchestras around the world including Budapest festival Orchestra, and the Opera Australia Orchestra. As a teachers he has traveled the world giving lessons and masterclasses to many many students. Rixon is on the faculty for the Orchestra of the Americas.

In 2018 Rixon became an artist with the German instrument makers Gebrüder Mönnig.

In 2019 Rixon returned to Sydney with his family and joined the Opera Australia Orchestra.

Today Rixon continues to live happily in Copenhagen with his wife, Ida, and 3 children, returning often to visit and work in Australia.

Great Teacher! Very knowledgeable about a variety of excerpts, and very clearly communicated his ideas to me. I plan to study with him again!

Rixon Thomas is a excellent teacher. I have become a much better player since I have been studying with him. He is a very perceptive, structured, and thorough teacher as well as being a really fine player. The lessons are really fun and I also recommend Rixon highly.

I had a lesson with Rixon. He was very helpful and obviously enjoyed teaching very much. Even over the internet, he was able to discern some aspects of my playing that could use some improvements. I recommend Rixon highly.