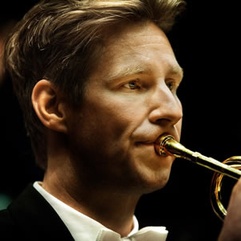 Hi, I'm Jonas. I'm an associate professor at the Academy of Music in Oslo. I find teaching very inspiring, and I would love to hear from you!

Swedish Jonas Haltia was educated at Gothenberg Academy of Music where he studied with Bengt Eklund and later with James Watson and Maurice Murphy in London and Arnold Jacobs in Chicago. He is a member of the Oslo Philharmonic Orchestra and also of Oslo Sinfonietta. In addition to his performance career he teaches at the Norwegian Academy of Music and is principle trumpet lecturer at the Ingesund Academy of Music. Haltia tours extensively in Norway and Sweden and has many solo engagements at official functions In 2007 he released the solo album Pebbles on Simax with the organist Inger­Lise Ulsrud.

No reviews yet. We offer a money back guarantee if you are not happy with your lesson, so why not try a lesson with Jonas?