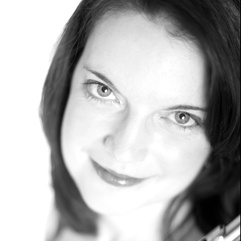 Hi there- I´m Julie and have been playprincipal flute with the Stuttgart Chamber since 2002 and would love to guide you on your musical journey.

Julie Stewart-Lafin is renowned as one of Europe´s leading flute performers. Since
early success in international competitions and her soloist debut with the London
Symphony Orchestra in 1997, Julie enjoys an extensive and varied musical life giving
solo recitals and chamber music around Europe. Performances with the Achord quintett,
ensemble Villa Musica and Ensemble 94 have allowed her to develop a keen interest in
the field of chamber music, where she has performed both as a flautist and pianist.
She has performed as principal flute with the Stuttgart Chamber since 2002 and has
also guested as principal with various other orchestras, including the Royal
Philharmonic orchestra, the Radio Orchestra of Saarbrücken, the Stuttgart
Philharmonic, Barcelona Symphony orchestra and with the orchestra of La Scala, Milan.
Masterclasses around Europe allow her to pass her experience on the next generation.

Julie Stewart-Lafin teaches more than the flute... she teaches musical expression at such an inspirational level and with her generous help, I succeeded in attaining a student placement at a german 'Hochschule' for music and later professional work. Her playing has great soul and I could not have hoped for a better teacher.

My lesson with Julie-Stewart Lafin, was one of the most inspirational lessons I have ever had in my life. I played Taffanel’s der Freischütz variations, and she explained it to me with great passion and from a deep musical understanding. Julie teaches and plays the flute with a sincere heart of gold, and this is immensely felt during her teaching. Any student who learns from her can only expect the very best.