Blog Show your own "voice" in the music...

Show your own "voice" in the music... 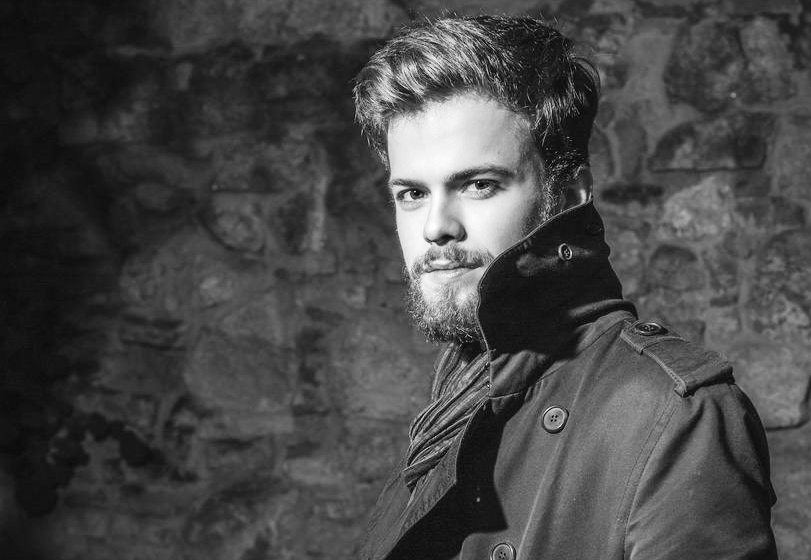 As 21st century performers, we can listen to any kind of music at any time and in any place we want. We are so used to it we don't even think about it. The "classical" music library online keeps growing every day and we take advantage of it when learning music we don't know or have never played before. It helps to speed things up and possibly to avoid any unpleasant surprises at the first rehearsal.

The downside of this, one could argue, is that we learn not only the score itself, but include in our interpretation certain elements (phrasing, articulation, musical ideas etc.) which are not ours. In other words, we learn to play a piece a certain way, without really thinking about why. We can get used to a "wrong" or awkward phrasing, wrong notes, articulation etc. Once we have learned a piece with mistakes, it is much harder to "unlearn" them.

I personally find listening to a recording very useful, but if I have enough time, I prefer to learn a piece on my own - discover the score, think about the harmonies and understand the story behind the work. After I have developed my own ideas, I listen to a recording. In this way, there is much less danger that I will "pick-up" mannerisms which are not my own and forget to let my own personality speak.

But what do you do if you're the first person performing a piece? There is nobody you can turn to and no way to listen to a recording. As a solo clarinetist of the Ensemble Intercontemporain, which specialises in contemporary music, I often have the opportunity to collaborate with composers and experience the creation of new works. For me, this is always an amazing experience! I tend to imagine Stadler being there and premiering Mozart's Clarinet Concerto, Mühlfeld being there and discovering the score for Brahms’ Sonatas for the first time… How amazing that must have been?! Good news – composers still exist today, and we can work with them!

So, what do you do if you have to learn a new piece – for a competition perhaps? First of all, you absolutely must have the full score and, ideally, you would perform a chamber music piece from it as well. This allows you to be in sync with other players, know exactly what they play, and react accordingly. If the piece is based around some sort of tonal centre or harmony, try to analyse it a little and understand what it means. Oftentimes you can find "hidden treasures" that can change your whole perspective of the work...

Second of all, you go through the piece and see what kind of extended techniques it uses (if any), whether you know them or have to learn them, and assess the general difficulty of the work. Don't forget to find musical meaning, even in the most problematic technical passages. For me the most useful exercise for upkeeping the quality of challenging passages, is to change their rhythmical structure – imagine playing 16s or 32nds as triplets, quintuplets, sextuplets, septuplets (etc.) and move the downbeat around each time. An exercise like this creates and strengthens connections in your brain and helps your technique immensely. Establishing a solid technical foundation in this way allows your fingers to do the work themselves while you focus on playing music. Especially when under a lot of stress, this foundation is priceless.

Sometimes, composers write things that are not playable, but try to have an open mind and do your best to come as close as you can to what they want to hear. Certain composers have a very precise writing style and are very demanding, while others try to give you as much liberty as possible. Don't hesitate to ask questions and propose your own ideas.

On a side note regarding the "not playable", I recently performed Lindberg's Clarinet Concerto in which there are some passages in the altissimo register in very fast (double) staccato at around 168 BPM. I have no problem playing double staccato in other registers, but I mistakenly assumed that it would be impossible for me to play it this high and so I simply dismissed it (I never heard it played staccato in recordings either, which gave me false confidence that it was "not possible" - I know!…). Then, one day, I was working on double staccato in general and discovered than if I changed the position of my tongue, used different air speed and pressure, puffing up my cheeks slightly, and pronounced "ta" and "ka" differently (slightly further back in my throat) I could play up to high C without a problem! Immediately, I thought to myself how silly I had been and reworked the passage as written.

Finally, once you have learned the score, battled all the technical problems and extended techniques, try to show your own "voice" in the music, while still respecting the musical text. You have a rare opportunity to be the first person to perform the work, to find your own "sound" and to show your personality. Take it and you won't regret it!

MARTIN ADÁMEK IS THE SOLO CLARINETIST OF THE ENSEMBLE INTERCONTEMPORAIN IN PARIS. I AM A SOLOIST, CHAMBER AND ORCHESTRA MUSICIAN AND AN AMATEUR GRAPHIC DESIGNER.